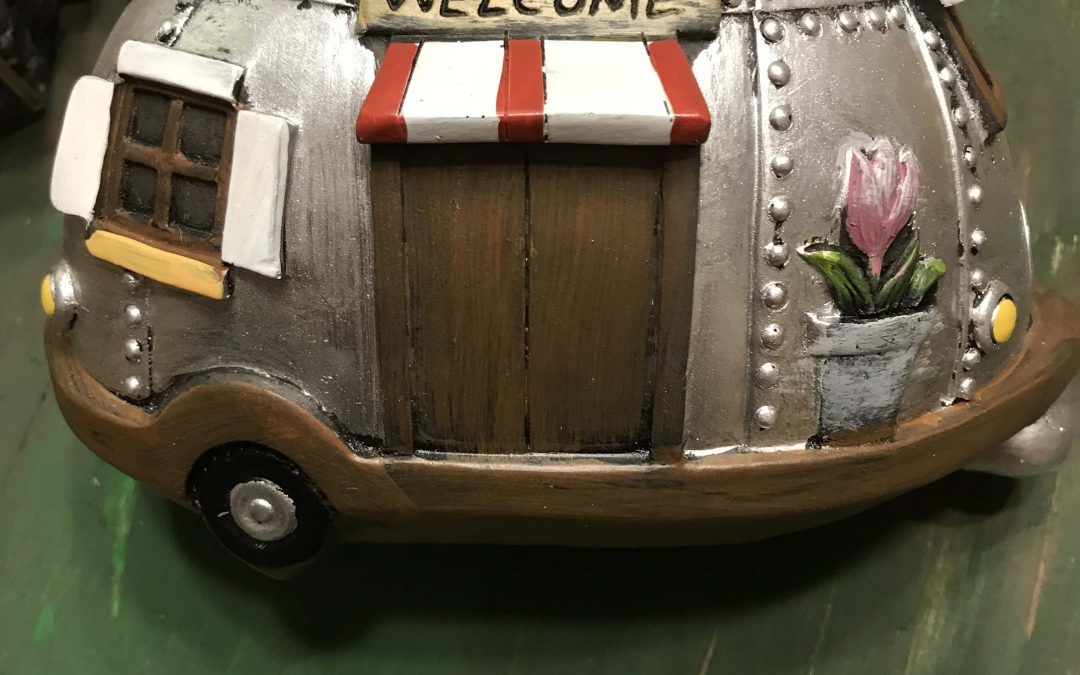 Because my life is about a lot more than just writing.

I love writing, but it’s not the only thing I love. Before I went back to writing, I worked for a while as a fiber and textile artist, working in  both 2-D and 3-D. There’s no doubt that 3-D was my favorite. I love things that work together to provide an overall experience, and I’m always creating something. That’s what this blog will most likely be about for the most part – my busy little hands getting into all kinds of things. I’ll show you pictures of what I’m doing, and maybe someday soon there’ll even be video! Hey, it could happen.

One of the things I’ve been working on for a good while now is a faerieland. We’re not talking about a fairy garden here. Nope. We’re talking about a full-on faerie village, a multi-level one at that. I’ve gotten the first two levels done, and now I’m getting ready to work on the third. It’s not coming together yet, but I have things I’ve bought to get into it.

The first piece I ever bought for my little faerieland was this cute Shingletown Fairy Wizard’s House. I found it while I was on vacation, and it started the whole business of a faeryland dream. It will be the anchor for the final level of my faerieland. This cute little faerie house has a door that really opens. 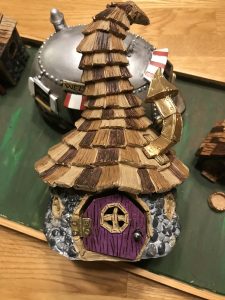 The next addition will be this little gem. It’s also a Shingletown Fairy House and just like the Wizard’s House, it has a door that really opens. 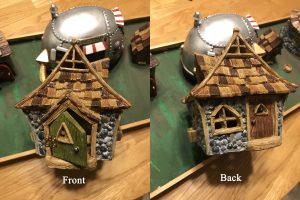 This fairy house is part of the Fiddlehead Fairy Garden collection, just like the wizard’s house.

One of the things I’d note about the Fiddlehead Fairy and Shingletown Fairy collections is that all of these little houses have a hole in the bottom for a battery-operated tea light, and the windows are cut out, plus the doors open. It can look like a real village when they’re all lit!

This addition was a birthday present from a dear friend – a little Miniature Fairy Garden Retro Airstream RV Camper Trailer. She worried that it would be too big for the faerieland, but it’s just right! I love that it looks like a little Airstream camper. It’s sold by Midwest Design. I can’t wait to put it into the faerieland. 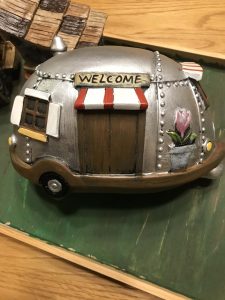 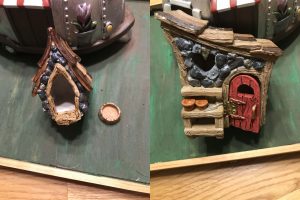 I ordered a few more small things to put into the faerieland, but I’ll share those some other time. I’ll also probably do some videos and show how I made some of the trees and land features. I’m hoping to have enough space on the lower level to do a labyrinth – I’m not sure I can do it, but I’m going to try! I’m having a lot of fun with this whole thing. Stay tuned and see what I do next! Until then, know that writing isn’t all I’m doing.